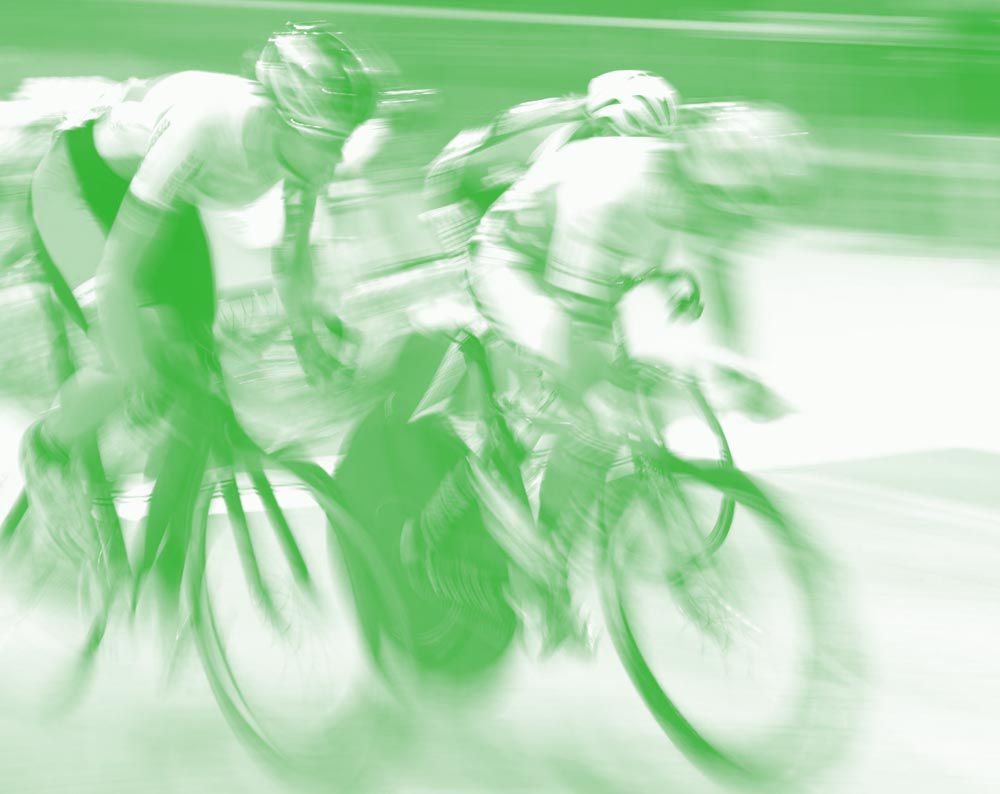 (M and W: 3 laps) – This event is composed of a qualifying round, a flying start 200m time trial, that determines the composition of the 1/16 finals consisting of knockout heats of two riders (the fastest is against the last, the second against the second-to-last, etc.). Each duel won allows the rider to continue the tournament until the final two make it through to the finals. From the quarter finals, the duels are on a ‘best of three heats’ basis. After a slow start and a cat and mouse game, the pace picks up. The rider following behind has the benefit of being able to surprise the front rider if he/she can time the launch of his/her acceleration to gain a few lengths on the opponent. 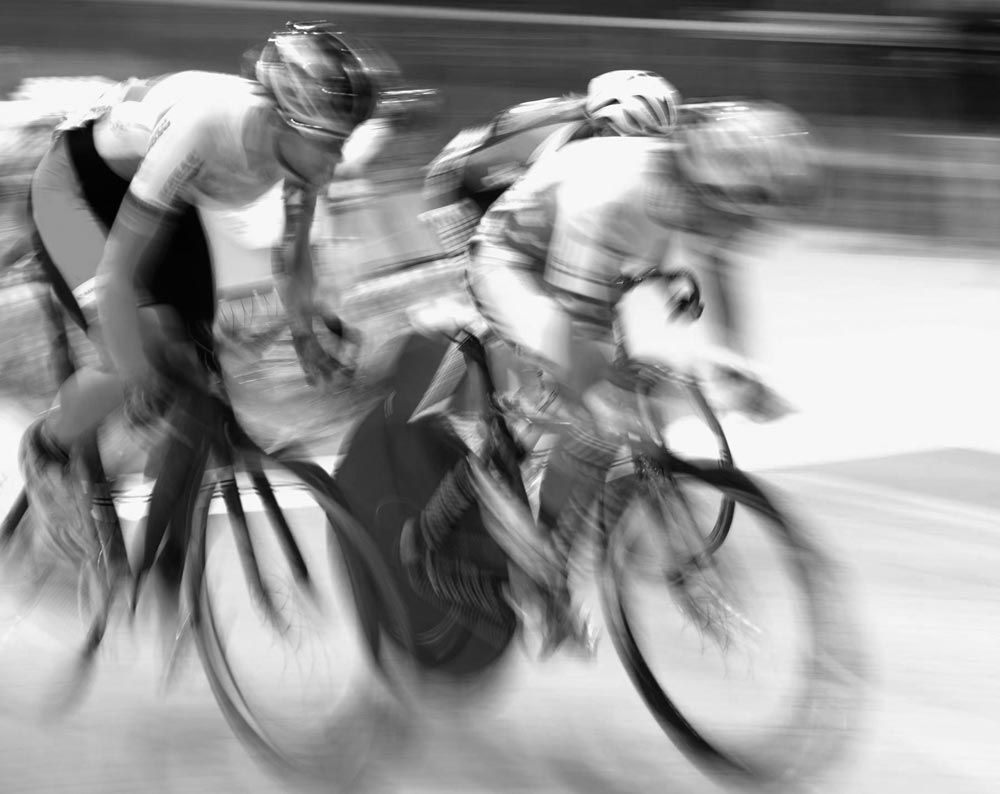 (M-1kx, W-500m)The time trial is an individual race against the clock for sprinters from a standing start. It is contested over a kilometre for men and 500 metres for women, with riders starting all-out to cover the distance as quickly as possible. The effort is short but intense. The eight fastest riders measure up against each other in the finals. The rider with the best time is the winner. 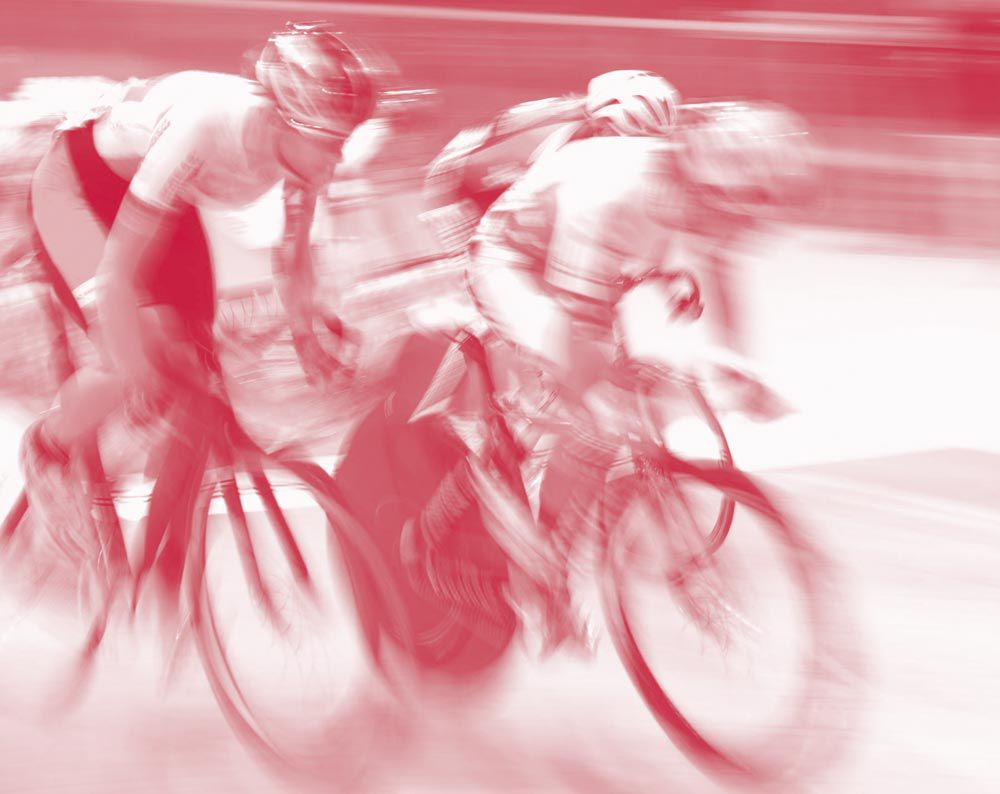 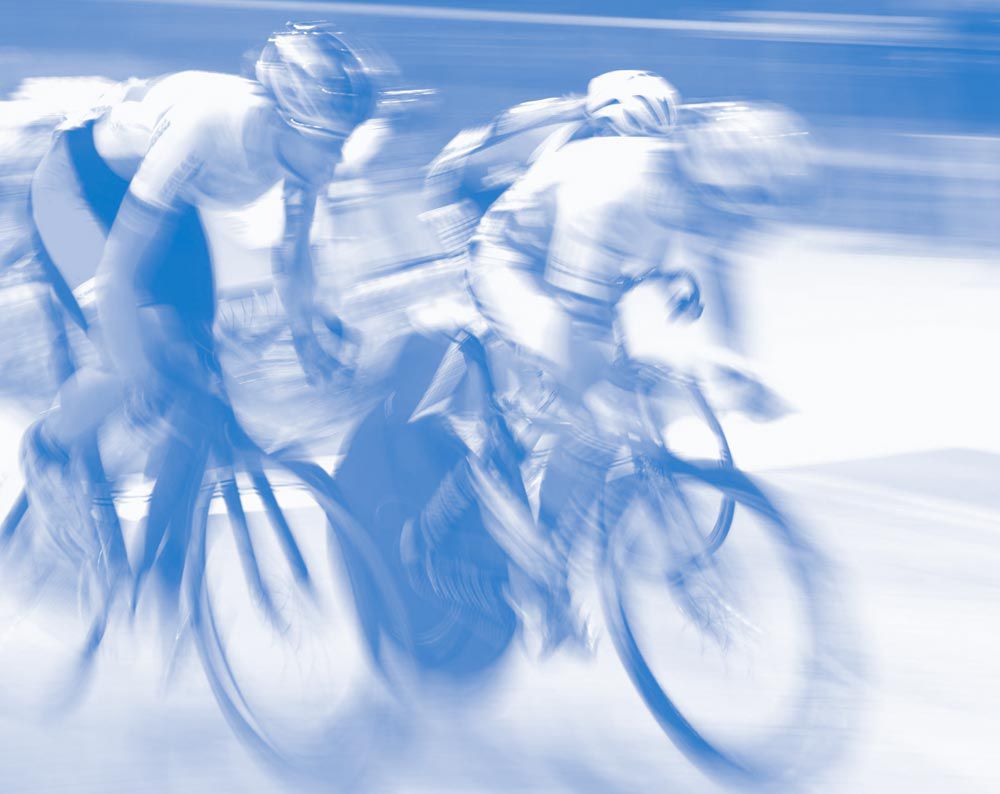 (M and W: 6 laps) – The keirin, originating from Japan, is a sprint race contested by three to seven riders over eight laps. The riders follow a motorbike called a derny that gradually increases the speed from 30 to 50km/h over the first three laps for men and women. Riders are not permitted to pass the derny until after it has left the track. As the motorbike pulls off the track with three laps to go, the battle to win the sprint is launched. 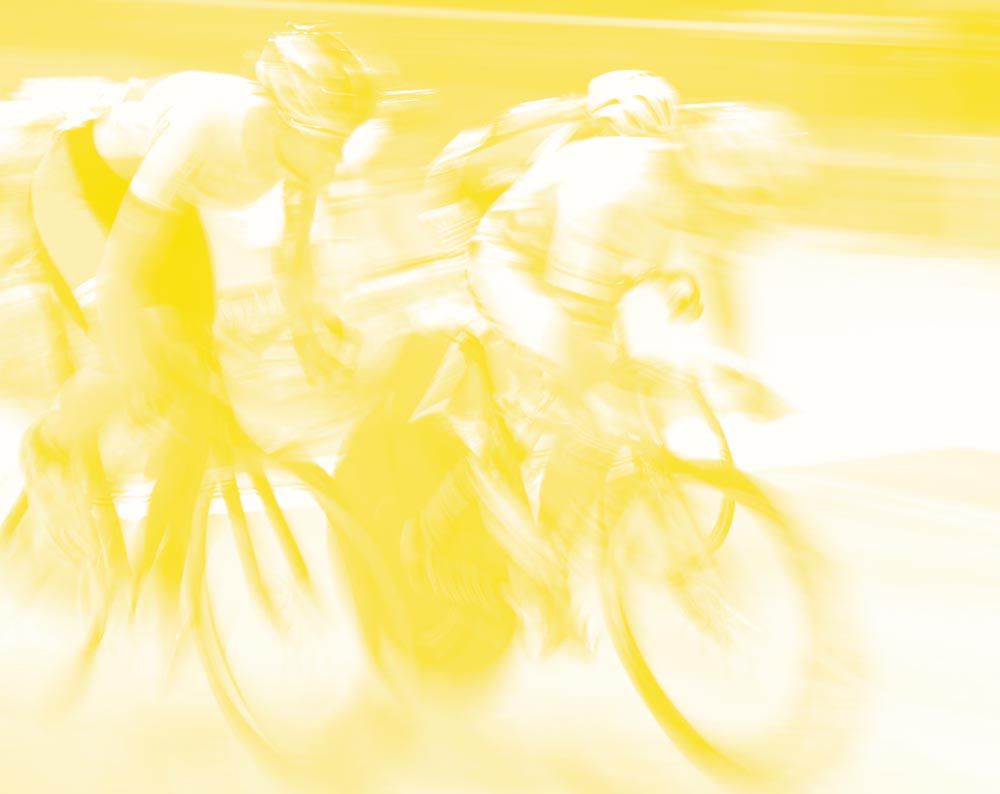 (M: 3 laps; W: 2 laps) – Two teams, of three riders for men and two riders for women, leave from opposite sides of the track to compete against the clock. Each rider completes one lap of the track in the lead, before dropping out to leave the next rider to lead for a lap before the last rider takes over to complete the last lap alone. The first round is staged in the form of a time trial to determine the fastest four teams to contest the finals.

(M: 10 km; W: 7.5 km) – This race is an individual bunch event similar to a road race. The first across the finish line at the end of the complete distance wins the race. The action is continuous with riders trying to break away from the main field to gain a lap and the rest of the field organising the chase behind until the final sprint.

(M: 25 km, 100 laps, 10 sprints; W: 20 km, 80 laps, 8 sprints) – With sprints every 10 laps, the pace of the race varies as each sprint approaches. The first four riders in each sprint are awarded 5, 3, 2 and 1 point/s respectively. The last laps before each sprint are therefore highly animated as each rider tries to find the best position from which to make his/her effort. Apart from the points amassed in the intermediate sprints, a rider can win 20 points for lapping the field. On the other hand, a rider doubled by the main peloton loses 20 points. The ranking is determined according to the total number of points gained. Points awarded in the last sprint at the end of the race are doubled.

(M and W: 4 km) – This is contested by teams of four riders over 4,000 metres for both men and women. Two teams start on opposite sides of the track and pursue each other. In the qualifying heat, each team is alone on the track, competing against the clock to qualify for the first round. At this point, the eight fastest teams are opposed as follows: 6th against 7th, 5th against 8th, 2nd against 3rd, 1st against 4th. The winners of the last two rounds compete in the final for the first and second places. The remaining six teams are ranked according to their recorded time and race the finals for places three to eight. The time is measured on the front wheel of the 3rd rider who crosses the line, which forces the team to remain together until the end of the race. As in the individual pursuit, the winning team is the one that joined its opponent or recorded the fastest time.

The Omnium is made up of four bunch events raced on the same day: Scratch, Tempo, elimination and points race. Riders must show consistency throughout the day to have a chance of topping the final classification as points are awarded according to the place in each event, and a general classification is created at the end of the four races. The points won in the final points race are directly added to the intermediate classification creating reversals of situations and suspense until the last sprint where points are doubled.

The tempo race and elimination are part of the Omnium only. In the tempo race, intermediate sprints occur every lap after the first five laps. One point is awarded to the first rider. As in the points race, riders who lap the main bunch are awarded 20 points, while those caught by the main peloton lose 20 points. This race is therefore very tactical until the last sprint.

The elimination consists of a very fast mass-start race. After the first neutralised lap, the start is given, and intermediate sprints are made every two laps. After each sprint the last rider, according to the position of his/her rear wheel on the finish line, is eliminated and must leave the track. The classification is thus established in reverse order with the last two riders on the track sprinting for victory.

(M: 30 km, 120 laps, 12 sprints; W: 20 km, 80 laps, 8 sprints) – Teams of two riders take part in this relay race, over a distance of 28 km for men and 20 km for women. While one team member races, the other slows down to recover before being thrown back into the action with a hand sling from his/her team mate. The classification is calculated according to the number of points won. As with the points race, there are sprints every 10 laps, and any team that gains a lap on the main bunch is awarded 20 points, while any team that is lapped by the bunch has 20 points deducted. Points awarded in the last sprint after the full distance are doubled (10 points, 6 points, 4 points, 2 points).

Any time given refers to CET.
Wednesday 14th August

Tickets only at the box office.

Please note that only cash payment is possible at the box office.

We use cookies on our website. Some of them are essential for the operation of the site, while others help us to improve this site and the user experience (tracking cookies). You can decide for yourself whether you want to allow cookies or not. Please note that if you reject them, you may not be able to use all the functionalities of the site.